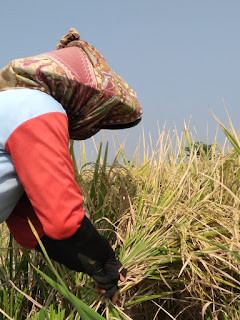 In early January 2019, I have walked around in some paddy fields in West Java. I have met peasants (in Indonesian is called petani gurem). I prefer peasant as precise terminology which refer to land ownership less than 0.5 hectare as well as National Bureau Statistics` measure. Moreover, some of them do not even have land, called farm worker. In Indonesia, we do not differentiate these two terminologies between farmer and peasant. According to The Result of Inter-Census Agricultural Survey by National Bureau of Statistic (BPS) in 2018 that significant rise data of Indonesian peasants took place from 14.248.864 in 2013 to 15.809.398 in 2018. Most of peasants told me that “petani teu aya untung, ngan hutang, manjangkeun tuang” (peasants do not have benefit at all, always in debt and farming is the only way to survive.
Besides the problem of small ownership of land, peasants are only depend on agriculture as the main livelihood. The term of diversification is only match for some farmers who have criteria such as adequate of land owner, acces of farming assistance from government institution or donor institution and well-educated. Unfortunately, these peasants are mostly which have less land owner (or even zero land holder), limited access to acquire farming assistance and uneducated. Then, diversification for peasants is such structural problem with all difficulties to solve. Meanwhile, these problems cannot be simplified due to closely related to national policy and global agenda.
The United Nations and global community have similar agenda to achieve sustainable development goals. One of the sustainable development goals is zero hunger. It is clear that food security is the fittest concept to tackle zero hunger. However, the other argument said that food security is just to justify for nations to ensure enough stapple food for their people. Food security is not pathway to achieving food sovereignty. Pretty sure that food security is the significant concept of sustainable development goals. Furthermore, food security is essential to complete national policy through National regulation regarding economic self-sufficiency (Undang-Undang No.18 Tahun 2012). This regulation stated different terminology such as food security, food sufficiency and food sovereignty. Thus, I myself cannot clearly understand the precise term related to food policy which is whether only for sufficiency (no matter to fulfill food stock through import) or to promote food sovereignty.
Acknowledged as ‘Agrarian Nations’ that Indonesia should have firmly stated in regulation then it followed by rules to build national interest. This policy need collective cooperation among parliaments, executive, stakeholders, coalitions, oppositions, academicians, and civil society. All parties should express the narrative to promote ‘Agrarian Nations” through farmers and peasants` sovereignty. At least, narrative of food sovereignty (Swasembada Pangan) in presidential election moment do not suppose to be blustering only.

Upcoming Issue of Food Sovereignty
If we achieve consensus to prefer food soverignty, then the following question: How should we do?
On my opinion, I have a number of ideas which is need critically discussion. First, Our government has built agriculture infrastucture, given farming assistance for many farmers and suffice food for Indonesian people. However, the food policy should be in line with peasants or smallholder farmers` interest. In fact, smallholder farmers or peasants have been facing serious threats such as climate change, natural disaster, powerless in market share, missmanagement of farming activity, structural gap between farmer group (built by government) and non farmer group, inequality of farming assistance. Second, we should have problem solving from subsistence to food autonomously. Generally, the way of life of farmer community in Indonesia is subsistence (farming for self-sufficiency of food). Third, stakeholders, parliament members and executives should consider the mapping of our peasants and landholder farmers who have land more than 10 hectare. This mapping based on data to plan the needs, to analyze food sufficiency and to create the opportunities and to solve the shortage in terms of food production and the availability of land.
I admit that the second focus that I have already mentioned above is the most difficult one to solve. We have significant breakthrough and well-prepared to build the transformation of agriculture.
The 2019 political moment in Indonesia should be supposed to bring new perspective, new hope and new improvement of policy to support peasants or smallholder farmers. We have already enough of war statement regard to food soverignty due to we have to move forward for the upcoming steps. These crucial steps need brilliant ideas to create food soverignty with powerful peasants and smallholder farmers. 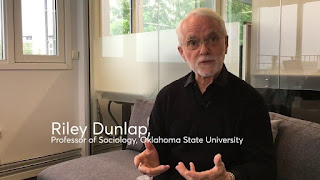 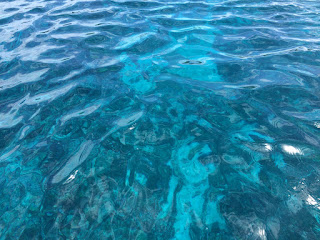